Are AGVs fulfilling their potential?

What’s new in the world of automated guided vehicles – and what difference does it make? Gian Schiava explores AGVs’ recent progress and next challenges in conversation with two specialists in this field. 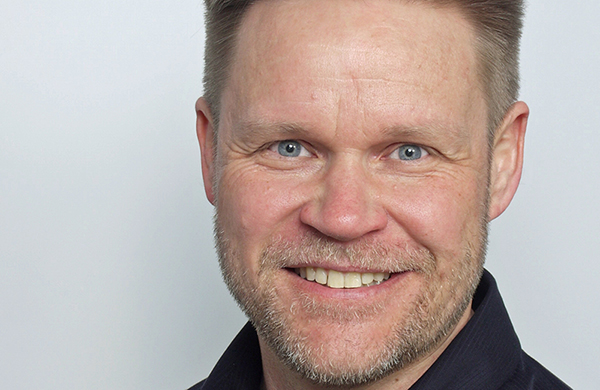 Eureka: “AGVs have been around for some decades now. They were the first ‘autonomous’ trucks in an era which also saw a lot of mini-load and stacker cranes. How have they evolved since then?”

Anne Faure (AF): “Automated Guided Vehicles have certainly become more compact and are now also deployed in areas other than just transporting palletised goods from A to B. Being an alternative for the many repetitive tasks is still their ‘core business’, but besides pallets they also transport big bags, carts, bulky goods and even boxes and cartons. We’re also seeing the first steps in outdoor AGV usage. In addition, they have become much more efficient, largely due to Li-ion technology.”

Oskari Lindstedt (OL): “Their development has progressed in all possible fields. The vehicles themselves are more accurate and efficient, and of course aspects such as scanning and safety technology have advanced considerably compared to earlier days.

“This progress continues at the vehicle level all the time, but the biggest changes happening in recent years have been on the control and software side. These factors, which determine how the AGVs run in the layout and move between different tasks, have greatly increased the efficiency of the whole AGV system.”

Eureka: “Where have they been particularly successful? In which applications and why?”

AF: “In fact, they have been successful in a myriad of industries. Typical applications where their technology isn’t yet mature enough are cold store warehouses and outdoors. It’s difficult for AGVs to cope with extremely low temperatures, rain or bumpy surfaces. But we’re getting there too.”

OL: “Automation is of course useful in applications with lots of repetitive tasks. Traditionally, the manufacturing industry has led in using automation, but in recent years the biggest growth is being seen in warehousing. Thanks to technological advances, AGVs are able to lift and position loads more accurately. Meanwhile, due to advanced safety technology and other developments, they can also work in standard 3m warehouse aisles where automation was not previously possible.”

Eureka: “Have there been other areas in which AGVs have encountered major challenges? Are there applications where regular forklifts are still a better option?”

AF: “It’s very challenging to design an environment in which AGVs and normal forklifts coexist. You need to have many more rules and restrictions for the drivers. In intense situations, regular forklifts might still be your best choice.”

OL: “We like to talk about ‘optimal automation’, meaning that it does not make sense to automate everything. There are processes in warehouses, especially, where regular forklifts are a great option. For example, unloading and loading is still a typical application for them.

“Optimal Automation also means we may have forklifts and AGVs working together. As material flows are normally never regular, automation can handle the standard flows but at peak times forklifts can help meet the increased needs. Our FleetController software can manage all these flows. In this case, the capacity of the AGV system need not to be calculated according to the highest peak but can be based on more normal material flows. ROI will also improve as a result.” 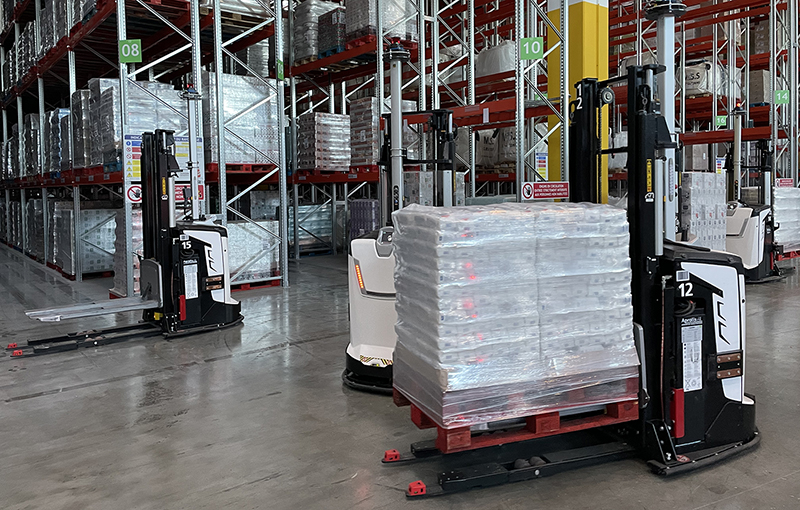 Eureka: “Technologies and solutions in materials handling have evolved greatly in the last five years. Are there new competitive solutions which are threatening AGV systems?”

AF: “There are definitely other automated solutions, but AGVs have been modernised too. Where the early AGVs needed embedded waypoints (wire or reflectors for example) to navigate, we see new possibilities which need no additional infrastructure.

“SLAM (simultaneous localisation and mapping) navigation is a great example of so-called ‘natural’ navigation techniques. With SLAM, an AGV can map the environment and localise itself within that map. SLAM is easier to install, lowers installation costs and requires less maintenance. However, due to its less accurate positioning, it tends to be deployed only in ground transportation.

“Another great development is the so-called reach truck AGVs. These add a vertical dimension, as they can put pallets away even above 10 metres.”

OL: “Pallet handling, in warehouses especially, is the growing segment.”

Eureka: “What are the key principles to bear in mind when implementing AGVs in an intralogistics situation?”

AF: “Well, don’t try to copy or improve the existing situation. You should start from scratch and redesign the warehouse around the capacity of the AGV and your flow of goods. Take it one step at the time, allow for testing and make sure training is properly done. That’s especially important when designing a warehouse where normal forklifts operate as well. “

OL: “Having AGVs and forklifts working together requires preparation, but with our FleetController software it becomes easier. Today, it’s already possible for them to drive in the same area. When an AGV detects a forklift, it will stop and let the truck go first. This interaction is also typical in areas where, for example, AGVs deliver loads to staging lanes and forklifts fetch them to load the lorries. In the future, such cooperation will increase.” 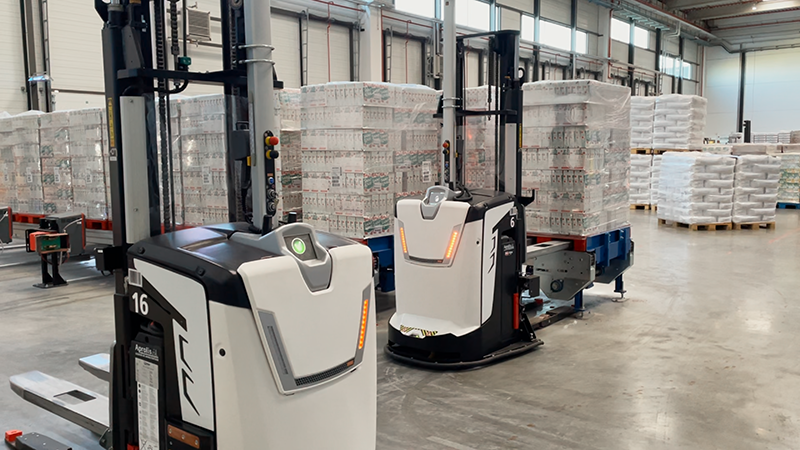 Eureka: “Where do you think AGV solutions will develop further? In which markets could AGVs still experience much growth?”

AF: “We expect the outdoor versions to become feasible soon. As with the early AGVs, the automotive sector is leading the way. We’re currently investigating a large-scale implementation at a car manufacturer with tow trucks running both indoors and outdoors.”

OL: “Development of control systems, realising mixed fleets (AGVs and forklifts), will become easier and their deployment in warehouses will continue to grow.”

Dossin Entrepôts is a small-to-medium-size company specialising in storage and logistics, with customers in the food processing, pet food, pharmaceutical and packaging industries. When the business built a new 36,000 m² warehouse, it wanted to create an automated solution for improved order picking quality and faster turnaround times.

Automation proved to be a real voyage of discovery for Dossin, as it had impacts on installation, training, maintenance and time dedicated to the project. The company chose 18 transfer AGVs, along with 17 three-directionals and reach types.

After a test period with four AGVs, the full roll-out began. This time was also used to adapt and prepare the building in terms of aisle width, paving, surface flatness, etc.

Dossin is particularly pleased with the enhanced employee skills, the improved operational flexibility and safety, the potential for progressive investment and the scalability of the solution. A further bonus is that coping with holiday periods is no longer a problem, as there is no need for managing new temporary staff.

See the Eureka archive for further information on AGVs and other automated warehouse technologies.

What do you do to protect your forklifts from the harsher, cold weather conditions? Our top tips are illustrated i… https://t.co/gfQ1wDWNCL