A long road to recovery

How can the logistics industry address HGV driver shortages?

The UK, Poland, Germany, France and Italy are among countries worldwide that have reported difficulties in recruitment of new heavy goods vehicle (HGV) drivers, while facing immediate shortages of trained personnel who are retiring or resigning to take up other jobs. Ruari McCallion has a drive-by.

This sounds like something published in 2021 but it wasn’t; it was released in 2018, before the onslaught of Covid-19, and based on figures from the previous year.

The HGV driver crisis has been a while in the making. It is being thrown into stark relief by a combination of disruption wrought by Covid-19 and Brexit, especially in the UK, but the logistics industry cannot say it hasn’t been warned. There has been an exodus from transport going on for years. Until now, the gaps have been filled by operations in western European countries importing cheap labour from further east, from the accession states and countries on the fringes with whom the EU negotiates trade and employment deals. But sticking plasters will not heal a gaping wound.

Something has gone very wrong in a business that used to be an attractive career option for young people and saw competition for the best jobs. What has turned them off?

The HGV driver shortage is not limited to the UK or the wider EU, where shortages are now estimated at around 400,000. North America has around 100,000. Across the world, it appears that wages that have declined in real and cash terms, poor working and employment conditions, lack of respect and a switch from ‘by the hour’ to ‘by the load’ payments have combined to encourage established drivers to leave and discouraged younger ones from training up and joining. The shutdowns triggered by Covid-19 have been the catalyst that has turned a disturbing stream into a very challenging flood.

There are signs in the UK that a proportion of the shortage was caused by slow processing of licensing applications and tests at the Driver and Vehicle Licensing Centre. It now seems to be catching up and driver training schools are reporting high demand. It is probably no coincidence that improved take-up of vacancies has occurred alongside some sharp increases in remuneration. Average UK HGV driver pay surged 10% in the nine months to October 2021, according to Logistics UK.

In Spain, a threatened three-day strike by drivers scheduled for December 19 to 22 in 2021 was averted by an agreement reached on 17 December, which improved conditions by relieving truckers from the obligation to load and unload goods – a longstanding grievance – and halving the amount of waiting time before extra payments are triggered.

People & Work in Logistics 2021, the third study of its type by Evofenedex, which represents over 15,000 companies involved in logistics in the Netherlands, reported increased labour shortages in the year across all activities. Health, working conditions and training and development were mentioned as the most important human resources (HR) themes, but they are not currently at the very top of the agenda among respondees; they ranked only third.

Historically, necessity has been the mother of invention. From the Agrarian Revolution to financial services, shortages of trained labour – and/or rising labour costs – have led to investment in automation. Truck drivers are not about to be replaced by driverless autonomous vehicles – not yet and not for some time, realistically – but there are other things that might help to ease the shortage. 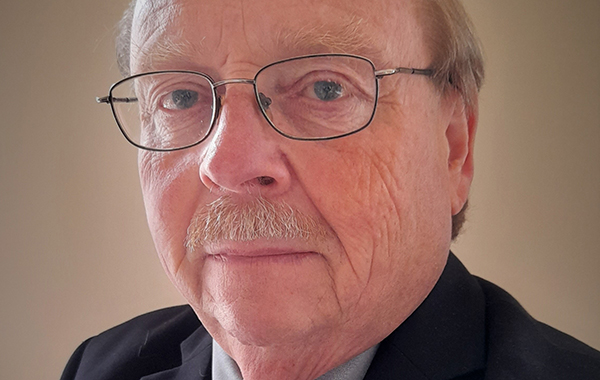 Automating road transport will take time and significant public investment, so increasing the labour pool by automating other parts of the logistics chain is the only short-term solution. This can free up people to do more highly skilled and value-added work including truck driving. 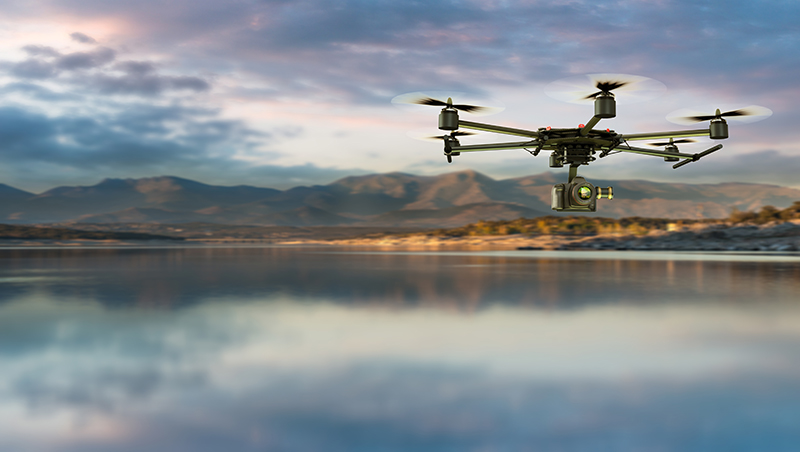 UAS – i.e. drones – have been proposed as a solution. Even if they couldn’t immediately be deployed with standard-sized containers, they have been mooted as a solution for smaller loads, such as parcels to domestic destinations. The idea is that they could be pre-programmed – possibly with something as simple as an address barcode – and then sent aloft, carrying cargo beneath. That would free up capacity for drivers to be deployed more effectively elsewhere, in theory.

Tony Duthie, founding director of Adept Aviation Solutions Ltd, has spent 40 years in the aerospace industry, including Agusta Westland in the USA and Leonardo Helicopters. He is an expert in UAS and, although an advocate for them, does not think ‘smart’ drones are the imminent solution.

He considers the foremost issue to be “the amount of freight shipped by road. In 2020 over 1.2bn tonnes were shipped by HGVs on UK roads. In contrast, only 83,000 tonnes of goods, mainly high-value, time-critical items, including mail, were shipped by air. The amount of air freight would have to increase by orders of magnitude to achieve any meaningful reduction in road haulage.”

This is not to say that it is not worth doing anything, simply because the challenge is so great. Existing international and regional airport infrastructure in place across Europe and the Middle East could accommodate increased air freight.

‘Last-mile’ delivery drones, able to reach collection sites in local areas, or onto ground vehicles for other delivery sites, could have a role. Onward distribution by different forms of ground transport could help to shorten distances travelled by road – a point picked up by Michael Majster, below. Tony Duthie suggests that, with appropriate investment, initial revenue generating ‘cargo-UAS’ operations of scale could start in the late 2020s but cargo-UAS won’t be landing at front door letterboxes on a regular basis anytime soon. 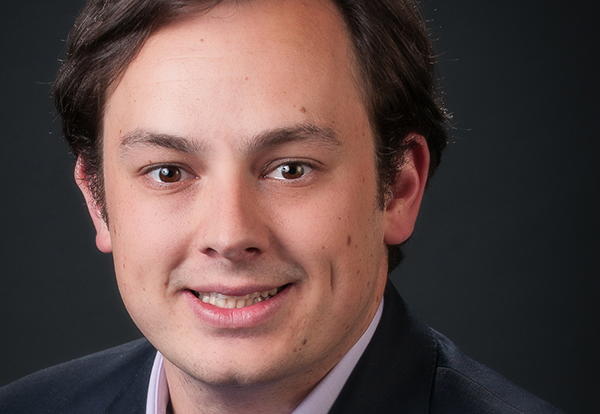 What may happen is a spin-off from technology being developed for Project Tempest, the ‘future fighter’ consortium involving BAE Systems, Leonardo SpA and MBDA. It is the possibility of deploying swarms of drones, controlled from a single mobile unit. 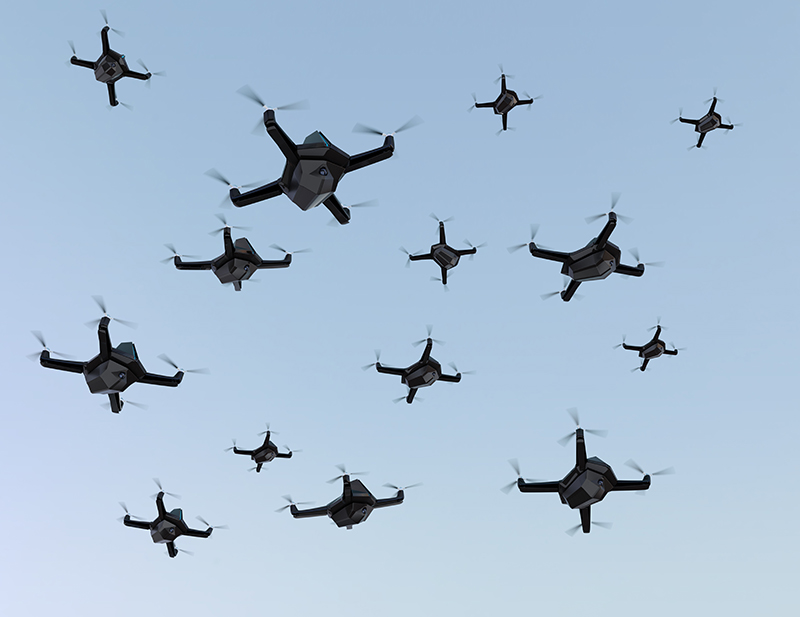 This would require at least two-person operation of a ‘mother ship’ – one to drive and the other to direct the drones – but could operate up to half a dozen UAVs at a time. This could offer a more labour-efficient delivery service, at least in urban areas, but its impact would probably be more for the last mile and courier services than strategic logistical transport.

Management consultancy Arthur D Little, headquartered in Brussels, Belgium, has been looking at the use of artificial intelligence (AI) in mobility.

“We are in a very promising phase, but still at the foundational level of what AI can mean for the industry,”

Better management of transport flow should enable increased capacity but it’s not straightforward. Although driver assistance is evolving towards autonomous vehicles (AVs), this will not immediately improve efficiency or capacity. Paradoxically, a 50/50 mix of AI vehicles and human-controlled will see congestion become worse than with entirely non-autonomous vehicles, Arthur D Little’s research and analytics have found.

“I would say that, at system level, we still need some standards and some open data and some kind of ecosystem in order to realise the full potential of AI,” Michael Majster continues. “I believe that the future of mobility is a case cascade of multi-modality overall, where you basically will have to change your modes during the first and last mile versus the rest of the trip.”

What this means, in effect, is essentially more of what we have already: a mix of transport modes. Short-distance vans or AVs at either end will take goods to loading points, where strategic modes take over and transport to another hub, where the load is broken down and distributed by light vans and ground vehicles again.

While nothing much may change in the shorter term there is very much room for the early use of technology more generally to improve route planning and vehicle utilisation, in much the same way as machine monitoring is used to minimise downtime and plan operation schedules. AI comes into the picture when, for example, complex contextual decision-making needs to be involved, based on mostly unstructured data, Michael Majster suggests. The technology is not distant or newly emerging; it is at the heart of something like Google Maps, which uses real-time information from thousands of vehicles to identify faster routes from A to B. In the shorter term, AI may be most helpful in managing demand, improving planning, boosting efficiency and reducing fuel usage, which will enable the under-pressure human resources of HGV drivers to be optimally deployed.