Home / Sustainability / Waste not… ever

The drive for more circular logistics

Plastic is often painted as the villain of pollution and wastage but all kinds of packaging material, including board, paper, shrink wrap and bubble wrap, are wasted and discarded, every day. Ruari McCallion investigates the issues, the latest sustainable solutions and the implications for materials handling and logistics.

This industry has benefited enormously from the growth in plastic packaging, including one-way packages, shrink wrap, bubble wrap and other materials that are aseptic, leakproof, reliable and flexible – but the environmental cost has been huge and continues to be, despite many fine words and glossy reports.

A number of developments mean that producers are under legislative and market pressure to improve their game; logistics and material handling will inevitably be part of the drive for improvement.

Cardboard and paper are thought of as naturally biodegradable but: they leak. 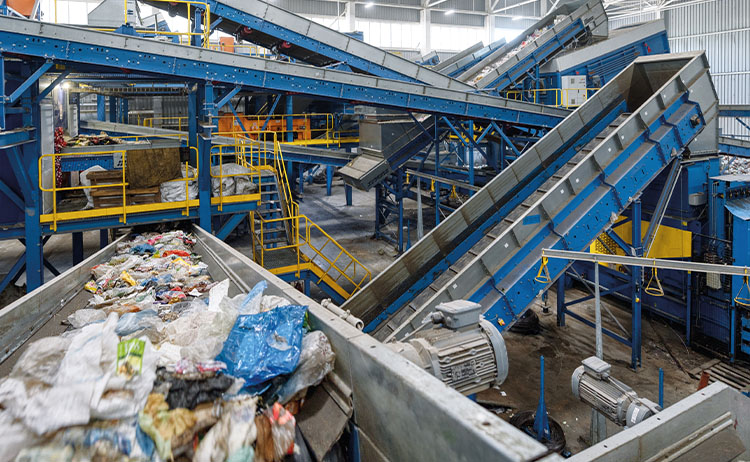 Recycling requires collection, first, and then sorting of materials.

While recycling is a word on many lips, the reality can only be described as a disappointment. PET (polyethylene terephthalate) and HDPE (high-density polyethylene) both have extensive and well-developed kerbside collection infrastructures, across Europe. Even in the UK, which is a bit of a laggard, 92 per cent of local councils collect PET for recycling1. However, only around 30 per cent of PET is recycled2, despite being eminently suitable: it can be reprocessed seven times before thermal degradation undermines its crystalline structure.

Major users such as Coca-Cola are investing in systems to make packaging easier to recycle, and in improved systems of collection. Coca-Cola Amatil in Australia launched its Mercury Sylon sports cap three years ago; it is made entirely of one material – HDPE – which makes it easier to recycle. The cap’s designer, Universal Closures Ltd, whose HQ is in England, has redesigned it into a two-piece unit, to make it even easier.

EU legislation to require all caps on plastic bottles to be tethered, in order to minimise losses and discarding, becomes law in 2024.

MarinaTex is a compostable plastic based on fish skin and scales.

These developments are welcome, to eco-conscious consumers and to the environment, but the development of genuinely circular logistics requires a far stronger collection infrastructure and, maybe, the abandonment of previously cherished technologies.

LDPE (low-density polyethylene) shrink wrap is convenient, easy to use – and all too easily discarded and allowed into the environment. One solution could be MarinaTex, a novel plastic developed by former Sussex University student Lucy Hughes, who won the international James Dyson Award for her invention. The plastic is based on fish skin and scales – in other words, waste; one Atlantic cod can produce enough for 1,400 MarinaTex carrier bags. It is compostable with normal garden rubbish, which makes it easier for consumers to deal with than other supposedly biodegradable products, which
need specialist treatment.

Back to the future?

A number of manufacturers are putting forward a return to cardboard, paper and paperboard as appropriate in environmentally sensitive times. While superficially appealing, there are a few hurdles and challenges.

Cardboard and paper are thought of as naturally biodegradable but: they leak. To make them capable of handling liquids they need to be built into a composite structure, which will include a waterproof layer, usually a polymer; if the proportion is more than five per cent then the material will not be considered recyclable, under Ellen MacArthur Foundation definitions.

American-owned Sonoco, which has more than 100 paper mills across the world, is working with Kellogg’s in the UK to develop solutions to deal with composite packaging, such as Pringle’s cans. Laura Rowell, Director of Global Sustainability at Sonoco until the end of 2020, said that systems are emerging to recover all components, not just fibre to be turned into paper.

Sonoco is developing systems that have already demonstrated the feasibility of pulping baled cans and used beverage cartons, extracting almost 100% of the fibre for reuse and removing residuals, including metals, for separate disposal. Sorting specialist Tomra, which uses near-infra-red optical sorting technology, has identified a spectrum that works. Grocery chain Tesco is also involved with the project.

However, the material has to be collected, first.

The infrastructure is developing; and there is room for more active involvement by the logistics and materials handling industry. As observed earlier, it won’t necessarily be simple. Changing from the familiar plastic packaging – which is robust and has, typically, been something that logistics companies use as an easy-to-handle delivery medium – to softer materials, and maybe more complex and fragile packaging, could be expensive and time-consuming. It could require investment in capital machinery to achieve it.

The industry could resist the inconvenience or it could embrace the opportunity. The Ellen MacArthur Foundation reckons that converting just 20 per cent of plastic packaging into reuse models is a US$10 billion (around €8.2 billion) business opportunity. Whether it is simply a matter of introducing a collection and baling operation, paying someone else to do it or developing new activities to open new revenue streams, the reality is that logistics and materials handling professionals must pay attention to the challenges of reducing waste in the first place and then building the circular economy. 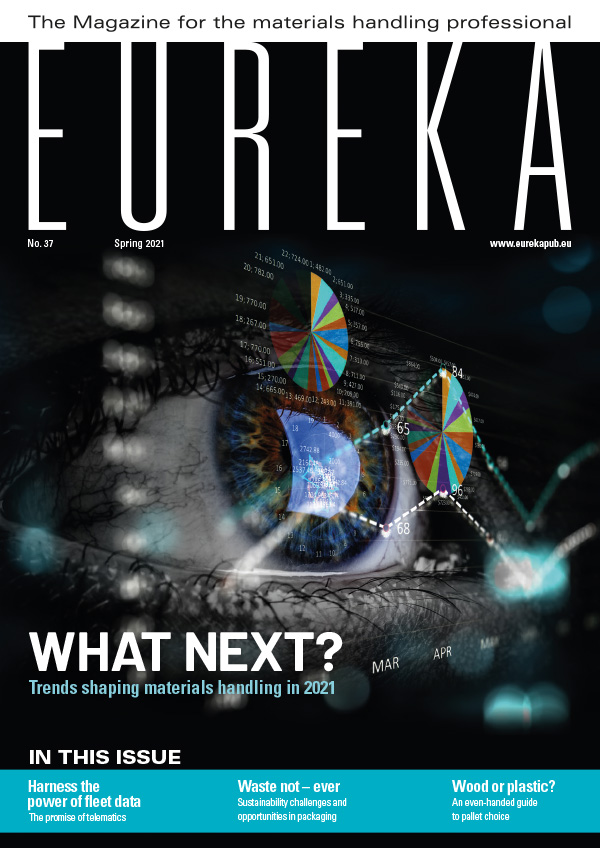 This article appeared in the 2021 Spring edition of eureka magazine.