The modern forklift salesforce: what works?

Today’s salespeople are sophisticated, knowledgeable and with all their equipment’s specifications at their fingertips or in their SmartPhone.
Is there any place left for old-style personal relationships?

An interesting experience occurred a few years ago, in the North of England, during a discussion on matters of mutual concern with a business contact. The door to his office was subjected to a barely-audible light tap approximately a nanosecond before it burst open and a be-hatted head appeared.

“Owt?” the head asked. ‘Owt’ is Northern English for ‘do you have anything for me?’ “Nowt,” came the reply, which translates as ‘Nothing today, thank you’. It was explained that this performance was a regular occurrence, it was that visitor’s idea of a sales call. He was reliable as clockwork, came the same time every Tuesday and bought a round of drinks in the local pub every Friday at 5.45 pm. Any orders he got were more from a kind of humane sympathy than any other reason. The sales process is very different today, of course. It is a highly-technical procedure, driven by CRM (customer relationship management) systems; data collection and analysis; and – of course – pro-active client service delivered via the sales consultant’s SmartPhone. It sounds very different indeed – but is that picture any more realistic or reliable than the old boy with his battered hat? Is it all technology, with no room left for personal relationships? 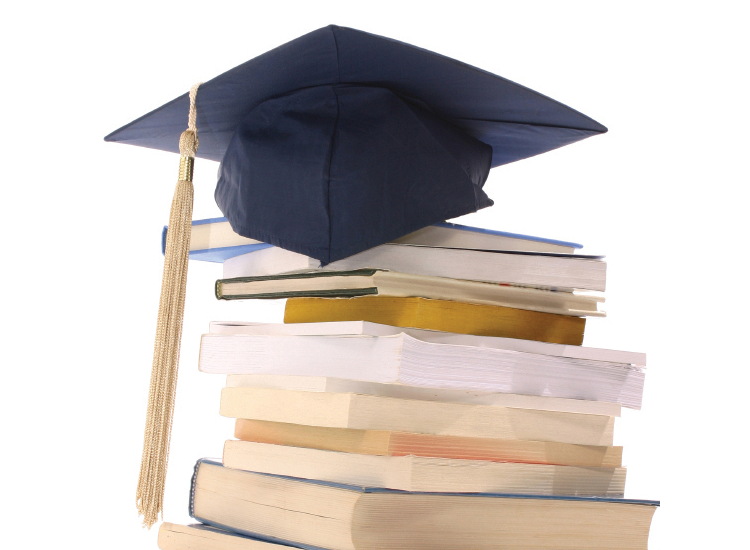 Well, no, according to Borja Amigo, of Bergé Manutención, Cat Lift Trucks dealer in Spain. His company has a reputation for responsiveness to customer needs and for innovative solutions but personal relationships and the social aspect remain important – technology does not solve everything. However, there is no doubt that the demands of today’s marketplace certainly require a particular type of salesperson with certain specific skillsets. In the context of training needs, Dr Ugo Turchetti, of Italian Cat Lift Trucks dealer Compagnia Generale Macchine SpA (CGM) observed that there is definitely a gap between older and younger generations.

“The educational standards of younger generations are actually higher and often more appropriate for modern requirements,” he said, highlighting aptitude with electronics specifically. That skill can put older, more traditional salespeople at a disadvantage; he suggested that some are at a disadvantage when it comes to today’s market. “They have problems in growing to become real material handling consultants, experts in the field, familiar with computer usage, with wide knowledge of contracts, regulations, laws, operating costs, and so on.”

“The educational standards of younger generations are actually higher and often more appropriate for modern requirements,”

Technology: not a ‘magic bullet’

That analysis, while it may not be shared by everyone, throws a light on the contemporary sales role. It is not just about collecting orders; customers are not interested in people with nothing to offer. Technology has an increasing part to play but, at the same time, it is not a ‘magic bullet’ – the machine on its own does not have the answer. The claims that were made in the past for CRM systems – reduced cost, greater efficiency, leaner supply chains, peace on earth and goodwill to all men – were enough to make your mouth water. The amount of money that was estimated to have been wasted in ineffective CRM implementations, on the other hand, was enough to make your eyes water. Something like 20 per cent of IT budgets, or roughly $500 billion around the world, according to a Gartner report. Iain McKenzie, CEO of telephony company Mettoni Group, agreed that the concept didn’t manage to hit the spot for a while.

“Instead of CRM – customer relationship management, we got RBP (raised blood pressure) systems. Companies lost customers by taking the ‘centralise and save costs’ approach,” he said. Any system is a tool: its objectives should be clearly identified from outset. Any technology, including CRM, has to provide value to the salesperson; provide enough value and they won’t want to work outside the system.

Building the process progressively isn’t a bad idea, either. Provide information on pipeline, performance and standing, build-in forecasting without asking for forecasting, and the salespeople will be more inclined to embrace it. Businesses have learned that and the successful ones are using better metrics and expectations are more realistic. The notion that CRM is going to solve all problems has been replaced with a recognition that it is one tool to fit business change, not to make the change. And the human being in the process is actually key, rather than a nuisance. Any effective system will be built around the salesperson, who has to be someone who can take a proactive role and suggest solutions to real problems – or know how to find the person who can. 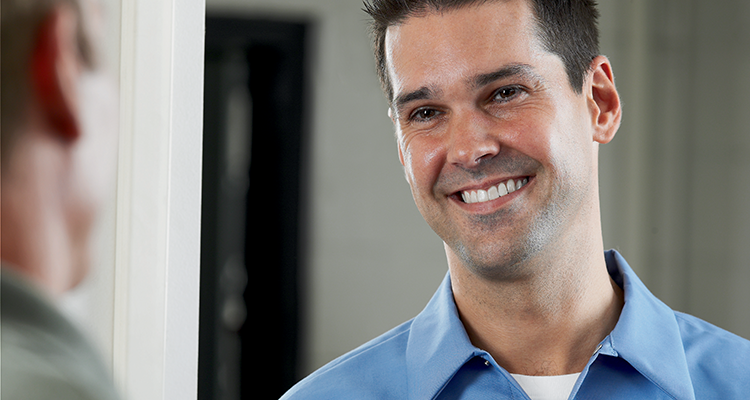 The personal and social aspects of sales remain important

“Product knowledge is a logical thing to have – sales technicians should be able to go anywhere and get it,” said Tjeerd Koppenol, sales manager with Crepa, the Cat Lift Trucks dealer in Benelux. The company’s training program covers basic product knowledge but it goes further, into what he calls ‘out of the box’ thinking. “For example, if a customer has XYZ model, we will seek to take the discussion to the next level, rather than simply getting into a bidding war.” One of the strongest weapons in the armoury, he believes, is the company’s warehouse simulation software, which adds value by helping customers to plan their warehouse layouts to be more effective and more cost efficient. The salespeople are trained to be aware of these technologies and how to use them to highlight potential benefits to the customer. Cat Lift Trucks dealers also have access to resources like Lift Trucks TV (www.lifttrucks.tv) which has short videos of various types of trucks in action, performing familiar tasks. But in the context of warehouse simulation, for example, they do not have to be experts in its deployment and operation. It is at that point that the salesperson is, clearly, no longer the ‘lone wolf’ of the old days, scouring the territory for basic prey in the form of orders. A team is available to him or her, ready to swing into action for whatever the customer needs.

“Product knowledge is a logical thing to have – sales technicians should be able to go anywhere and get it,”

“When it comes to technical information, the salesforce is able to perform either on its own or with the team for site surveys, then review the findings with special situations experts and call in the warehouse consultants,” said Koppenol. “In a large plant, for example, the Crepa team will do the job. On some large projects we might bring in a battery supplier, as well. They will bring to the table sophisticated ideas about battery rooms, charging and we will have specialists to advise on ancillary equipment, such as clamps, for example.” 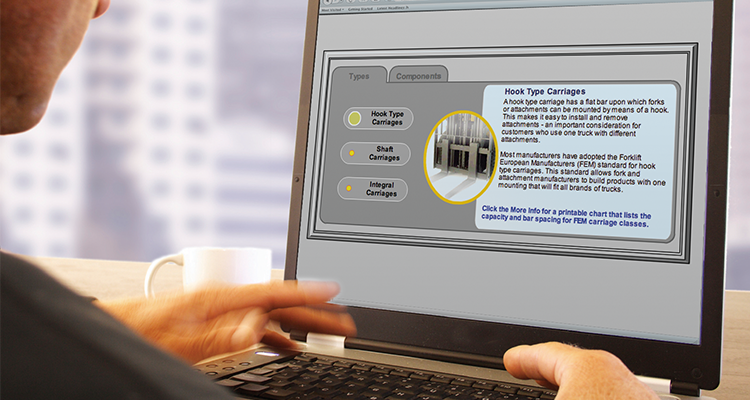 Every new recruit, wherever they come from, either a competitor company or from university or college – will go through an induction process. The objective is not just to acquaint newcomers with the necessary product knowledge, it is to ensure they are comfortable in all sorts of situations, especially those outside their erstwhile comfort zones. But the process does not stop with induction courses.

“Our people go through e-learning as well,” said Koppenol. E-learning is facilitated by the Cat lift trucks factory to its dealers. ´The outcome of that program is up-to-date, on-hand knowledge of improvements in our own range and of competitors’ products also. Customers get a knowledgeable salesforce, which thinks outside of the box. They are equipped across all models and can identify opportunities to, for example, use machines in ways different to the obvious.” Which can help to save money – for example, in getting a single truck that can adapt to two jobs, rather than buying two individual vehicles. The man with the hat would be confused, but reassured. It is the human beings who see the reality, draw conclusions and generate solutions. 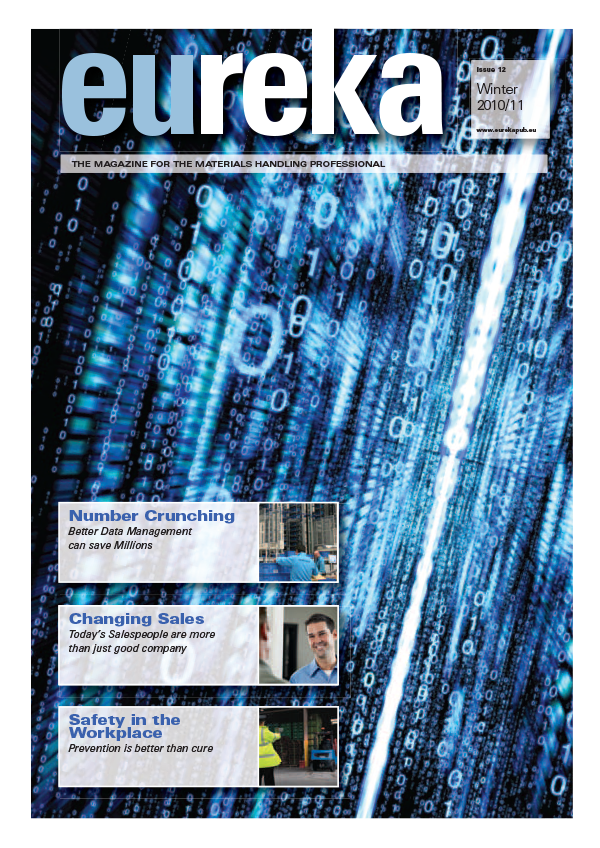 This article appeared in the 2010 Winter edition of eureka magazine.