What are the requirements for EU/UK trade documentation post-Brexit and why do some companies seem to have more trouble than others? Ruari McCallion seeks clarification.

The UK’s shock 2016 referendum decision to leave the EU has thrown a substantial spanner in the works of what had been one of the world’s largest cross-sea trading relationships.

Since 31 January 2020, the UK has not been a member of the European Union’s Single Market; transitional trading arrangements, intended to give exporters on both sides time to adjust to new requirements, expired on 31 December 2020. The immediate effect was clouded by the simultaneous impact of Covid-19, which has depressed economic output and trade across the world, but there was a sudden and strong downturn in trade across the English Channel, North Sea and Irish Sea, whether by sea or by air.

Trade in some goods fell as much as 50%. To some extent, this was because of stockpiling before the 31 December deadline for the end of the transitional period and the launch of a new Trade Agreement; but there can be little doubt that the new circumstances have reduced the amount of commercial exchange, especially in food and drink; most headline-grabbingly, in shellfish. Total exports from the UK to the EU slumped by 40.7% in January 2021 and imports fell by 28.8% compared with the same period the year before. There has been a strong rebound from those depths, according to the UK’s Office for National Statistics (ONS), which said that overall exports in March and April 2021 were higher than 2020’s monthly average.

Some individual organisations have complained that ‘red tape is strangling’ their businesses. The UK-EU Trade and Cooperation Agreement (TCA) came into effect on 1 January 2021. There is now a requirement for more documentation in UK/EU trade; more than has been the case for nearly 30 years. Is it simply the case that international traders are unused to the bureaucracy? Or has it genuinely become more onerous?

The UK and the EU agreed to zero-tariff and zero-quota trade on goods. However, to qualify for tariff-free access, firms will need to ensure goods meet Rules of Origin requirements. Businesses will have to identify the full origin of their goods and provide additional paperwork in order to qualify. The EU and UK jointly agreed additional flexibility in collecting documentary evidence to prove origin during the first year, in light of the short time between the conclusion of TCA negotiations and application of the agreement.

Marc Schouten, Customs and Trade Affairs Specialist for Cat® Lift Trucks in Europe, CIS, Africa and the Middle East, says documentation for shipments from the EU to the UK and vice versa is pretty much universal and that the requirements are generally clear. They don’t vary between industries like automotive and aerospace, but there are additional requirements for “controlled goods”, including chemicals, food, excise goods or animals, for which there will be additional documentation and processes to be followed. It should be noted that these controlled goods are not all covered by the same regulations and paperwork: they vary, depending on the type – grain, meat, fish, shellfish, etc. – although the documentation is the same whether goods are being exported to the EU or to the UK. 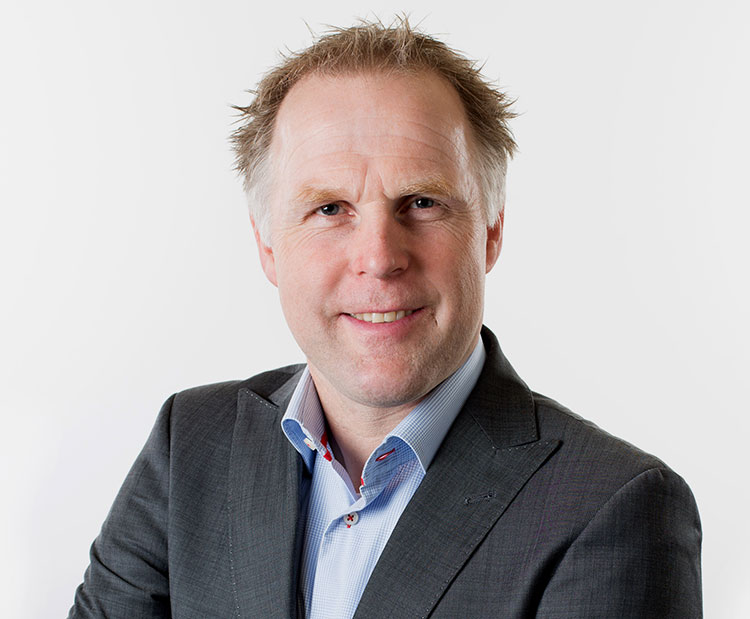 “Origin requirements are different for goods originating outside the EU,” he says. “The terms of the Trade and Cooperation Agreement (TCA) allow the UK and EU to make use of REX1 statements on the invoice, which means that Certificates of Origin (COO) are not required. While goods coming from the EU to the UK and vice versa are generally tariff-free, some confusion has arisen over goods that originate outside the EU. They are dutiable even if they come to the UK from the EU mainland.”

Both exports and imports between the EU and UK have become more complicated as a result of Brexit. The TCA between the two entities allows tariff-free trade but it is not paperwork-free. If traders get the paperwork wrong it can result in export certificates being refused and imports blocked, delayed or turned back. It is worth the effort to get it right.

The box-out summarises the requirements but it is not comprehensive. In the UK, go to: www.gov.uk/export-goods www.gov.uk/government/publications/guides-to-importing-and-exporting-goods-between-great-britain-and-the-eu

EU guides can be found at The EU-UK Trade and Cooperation Agreement | European Commission (europa.eu).

Please note: this is intended for general guidance only. You should consult UK government and/or EU sites for fuller information. Professional and specialist advice is recommended.

• The TCA requires customs declarations and paperwork to process the movement of goods. It provides for mutual recognition of the Authorised Economic Operator Safety & Security scheme, allowing for streamlined customs procedures for registered traders.

• Sanitary and phytosanitary (SPS) border checks will be required for trade of live animals and products of animal origin, meaning that agri-food traders will face extra costs and documentation requirements.

• Access to the zero tariffs and quotas will depend on goods meeting the Rules of Origin required in the agreement2 to qualify as ‘local’. Businesses will have to identify the full origin of their goods as well as provide additional paperwork in order to qualify.

• EORI (Economic Operators Registration and Identification) numbers are required for both shipper and receiver. EORI number is an EU registration and identification number for businesses that undertake import or export of goods into or out of the EU.

• In specific sectors such as medicines, automotive, organics, wine and chemicals, the UK and the EU have agreed to streamline conformity assessments.•

With thanks to Cat Lift Trucks and acknowledgements to CBI (UK)

1. REX: Registered Exporter System for certification of origin of goods applicable in the Generalised System of Preferences of the EU. It is based on self-certification by economic operators registered on databases held by competent authorities.

This article appeared in the 2021 Autumn edition of eureka magazine.