The changing shape of warehousing and logistics

Recent events and difficulties have led to a reappraisal of the nature and composition of global supply chains, with special attention to vulnerabilities and resilience. Ruari McCallion tests the strength of the links.

A report published in May 2020 by Indian company Welspun One Logistics Parks indicated that the Indian logistics and warehousing sector will see 35% growth by the end of 2021. The key factors that will contribute to this, according to Ambika Gupta of AAJ Enterprises in India, are: e-commerce growth; increased investment in warehousing real estate; and the boost in manufacturing, both local and global. These factors are not unique to India; they are being seen in Europe and North America as well.

E-commerce has been given a massive boost by Covid-related lockdowns and the enforced closures of physical retail premises. Customers have got into the habit of buying online, even in the grocery sector; the fastest-growing company in the Netherlands is PicNic, an online-only grocery store that has also opened in Germany. Ocado, a UK equivalent, reported 35% growth in retail revenue in 2020. E-commerce now accounts for 25% of all spend in the UK retail sector, almost three times its share in May 2019.

The boom in warehouse construction is not restricted to India. Wind farm operator Vattenfall has announced plans to build a 2,100m2 warehouse in the Danish Port of Esbjerg. An area of 60 acres – 26 hectares – near Tampa Bay, Florida, has been earmarked for warehouse development. Bike manufacturer CUBE is building a 6,400m2 high-bay warehouse next to its plant in Waldershof, Germany. DHL Supply Chain has commenced construction of a new distribution centre at Thames Gateway, England; along with another facility in England’s East Midlands, the project is worth a combined £350 million (€406 million). The UK Warehousing Association reports that warehouse space has expanded 32% since 2015’s 40 million square metres. Online retailers have increased their warehouse space by 614% over that period; the other side of the coin is redundant high street retail space.

“One of the things we are looking at is what we call Supply Chain 4.0, which has various technologies, including automation, cloud computing, Internet of Things, and autonomous systems; a whole raft of different elements, which are aligning,” he says.

A key shift has been procurement for resilience, ahead of cost, which is a reversal of the trends of the previous two to three decades. In the search for resilience, organisations are nearshoring, if not onshoring – despite higher labour costs. 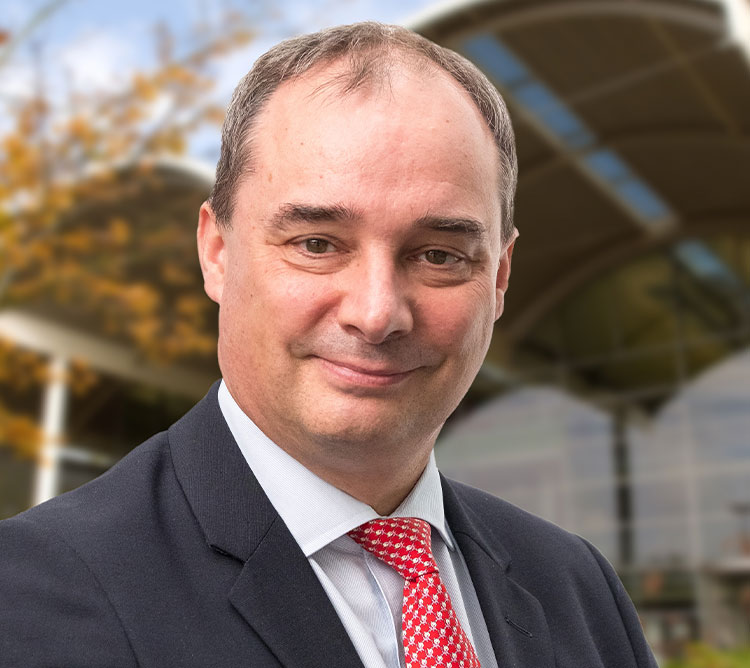 “Things like additive manufacturing, 3D printing and higher levels of automation require fewer people,” he continues. “Highly automated facilities mean that labour costs, as a proportion, are becoming much smaller.”

The drive to nearshoring is not just because of over-extended supply chains. After being caught out by the global PPE shortage, when it emerged that supposed multi-supplier sources were actually all fed from the same manufacturer in China, the concept of ‘multishoring’ is emerging. Genuine multisourcing which looks at different continents and different areas, and the need for supply chains to be genuinely visible, rather than supinely reactive, is leading to the emergence of ‘control towers’.

“They provide continuous monitoring of the extended supply chain and enable businesses to  act and respond as things develop,” Professor Wilding explains. “It is about control, rather than just planning.” The control towers are not necessarily physical, like lighthouses. They are technical centres continuously monitoring key metrics, feeding essential data to organisations and enabling them to manage better, in real time.

The challenge is to maintain efficiency and keep waste out of the system. If ships are to have a reduced role in the supply chain, materials handling and logistics has to become more efficient.

The cross-docking concept is about hubs where large quantities of material arrive in bulk, are broken down and are moved super-close to the user.

While the concept is very efficient, retailers and manufacturers face some challenges making the most of it and avoiding the trap of building supply chains ‘pregnant with inventory’. There are two principal challenges: a high level of inventory – up to 96% – is required to make it work; reality is frequently uncomfortably close to 85%. The other hurdle is labour: the availability of drivers.

Availability is also affected by slower border crossings and disruptions, because of Brexit and Covid-19, Richard Wilding notes. Shorter journeys, but more of them, mean more drivers will be needed, at the same time that the demographics are seeing many reaching retirement. This means more recruitment, and higher costs involved with, for example, insuring a 25-year-old compared with a 50-year-old.

“In dealing with these problems you have to start thinking about Supply Chain 4.0 things, like autonomous vehicles, potentially platooning on motorways, and other automation,” he says.

Skills for the supply chain are in short supply and this is creating capacity challenges across Europe – for which there is no quick fix.

This article appeared in the 2021 Autumn edition of eureka magazine.