Materials handling, logistics and transport have the power to make life better, but not all areas of the world benefit equally. Mark Nicholson finds out how Transaid is working to close the gap – and what eureka readers can do to help. 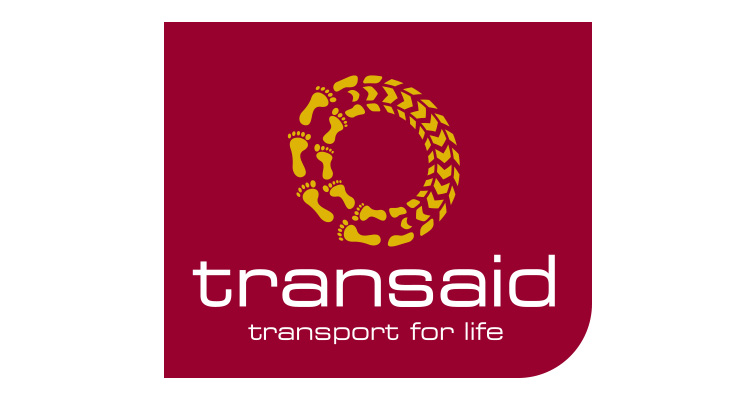 Without forklift trucks, imagine how much longer it would take for goods to reach us, how much more it would cost to move them and how much harder that work would be. And consider how different things would be without lorries, buses and cars.

In relatively wealthy countries we take it for granted that high-quality, well-maintained vehicles and forklift trucks will always be there, along with the necessary skills and training to operate and maintain them safely.

Transaid, an international development organisation, gives our industry the opportunity to contribute to improving people’s lives in the developing world by making transport more available and affordable. As well as setting up or upgrading local transport systems it offers heavy goods vehicle, passenger carrying vehicle and forklift truck operator training, and promotes safety. 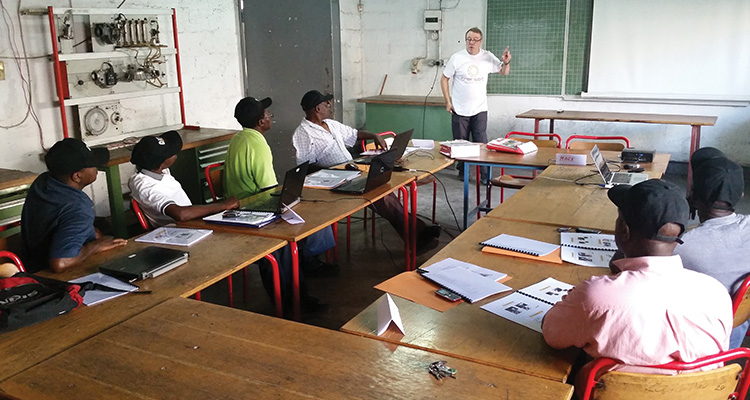 Mark Prickett shared his knowledge through a mix of classroom-based and practical training.

A good example of what can be achieved through Transaid has been set by Impact, the Cat® lift truck distributor for UK and Ireland. Earlier this year, Impact’s National Training Manager Mark Prickett spent a week at the Industrial Training Centre in Zambia. There he taught a group of engineers – including managers and teachers – how to check and maintain a forklift truck.

The students gained practical experience on a new DP30N diesel counterbalance forklift truck donated by Cat® Lift Trucks. Specified with additional protection to cope with a dusty environment, the truck is there to fulfil a vital role in training teachers and students on maintenance and efficient, safe operation of forklift equipment.

“As one of the first training institutions in Zambia to provide forklift training, we have seen remarkable growth in demand for our course,” ITC’s Executive Director Levy Kamanga reports. “This has succeeded only through the support of Transaid and its co-operating partners.”

He adds, “In addition to the Cat forklift truck, Impact also provided training from Mark Prickett, one of their national trainers, on maintaining the truck. This training was greatly appreciated and the skills shared with our staff will ensure that the forklift will allow us to train significant numbers of operators over the coming years.” 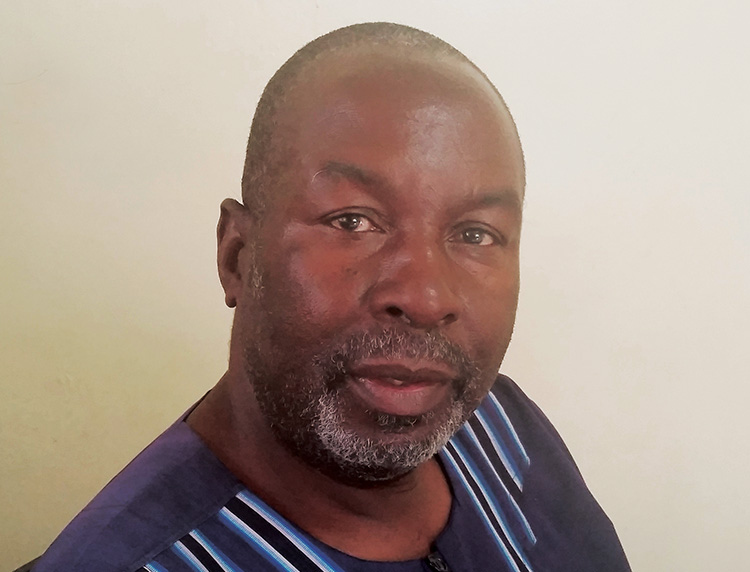 When Impact’s Mark Prickett was asked if he would like to work in Zambia for a week, he had to think for a while – especially as he knew so little about the location. Being keen to help people, particularly in the area of safety, he decided to go. His experience has been a real eye-opener.

“The poverty out there is a nightmare,” he says. “We are so lucky in comparison. It’s not unusual for someone to have to walk four or five miles for a little food. In the rainy season, the torrential downpours cause many fatalities on the roads – often because of vehicle defects like worn tyres and windscreen wipers.”

He adds, “Getting aid to communities in that situation is so important but it isn’t easy. Above all, what these countries desperately need is funds – and donations to Transaid really do have a great effect.”

Cat Lift Trucks called on support from Mantrac, a member of its global network of official dealers, to make sure the vital forklift truck reached its destination safely and on time. Along with logistics and materials handling expertise, this Pan-African Cat lift truck dealer provided local knowledge and experience in dealing with the challenge of working across borders. Making use of its network of depots, Mantrac received the forklift at its branch in Tanzania and then shipped it directly to Zambia.

Transaid, an international development organisation, gives our industry the opportunity to contribute to improving people’s lives in the developing world by making transport more available and affordable.

Impact has been a Corporate Member of Transaid since January 2015, and in addition to giving financial support it has put considerable effort into raising interest in the charity amongst its staff, customers and suppliers.

“We let everyone know what we are doing with Transaid, and why it’s important, and we give them the chance to help, to donate or to suggest fundraising ideas if they wish. Some of the companies we work with, like Mentor Training, are already involved with Transaid and it would be great if we could encourage others to join.”

One of Impact’s planned activities for the next year is to support Regional Sales Manager Colin Ingram in Transaid’s 450 km Cycle South Africa challenge in March 2017, through which the company aims to raise £3,000 (€3,600). Others include a Transaid display on Impact’s stand at IMHX 2016, and donating Cat workwear as competition prizes.

“We also intend to send Mark or another colleague to help in Africa again,” says Angela, “and we’re currently discussing this with Transaid’s team to make sure we know what is most needed and where.”

SHD Logistics Editor Peter MacLeod – a Transaid Ambassador and a participant in Cycle Tanzania 2015 – urges other companies to get involved. “Transaid is always looking to attract Corporate Members like Impact, the UK Cat lift truck distributor – an active supporter which works closely with the charity to assist in its projects.”

He continues, “I have made a personal pledge to support the charity in its fundraising and awareness-raising initiatives. So, as well as aligning with the charity professionally – choosing Transaid as our charity partner at the SHD Logistics Awards and IMHX 2016 – I will also give up my time to support Transaid at other events.

“I would encourage anyone with a professional interest in logistics and transport to sign up for one of Transaid’s challenges. Not only does it give you a big goal to aim at, but it also bonds you closely to your fellow participants.”

What can you do to help?

“We’re actively looking to encourage more businesses to join as Corporate Members – companies that would like to support our mission and vision on a long-term basis, financially, professionally and through employee involvement,” says Aggie Krasnolucka-Hickman, Transaid’s Head of Marketing and Communications. “We already have a number of companies from the eureka readership but we would love to welcome more, from any country.”

Benefits of becoming a Corporate Member of Transaid include: a chance to share your employees’ skills and your company’s best practice internationally, and to get involved in staff engagement initiatives in the UK; demonstration and fulfilment of your corporate social responsibility aims; and a unique opportunity to meet the charity’s patron, HRH The Princess Royal, during Transaid’s events.

“We are always happy to welcome new corporate supporters and work together to build the engagement plan,” Aggie adds. “We can give your staff a presentation on our work and support you in organising internal fundraising and profile-raising events. Everyone can help Transaid in some way.”

To find out more, visit www.transaid.org

“Getting aid to communities in that situation is so important but it isn’t easy. Above all, what these countries desperately need is funds – and donations to Transaid really do have a great effect.” 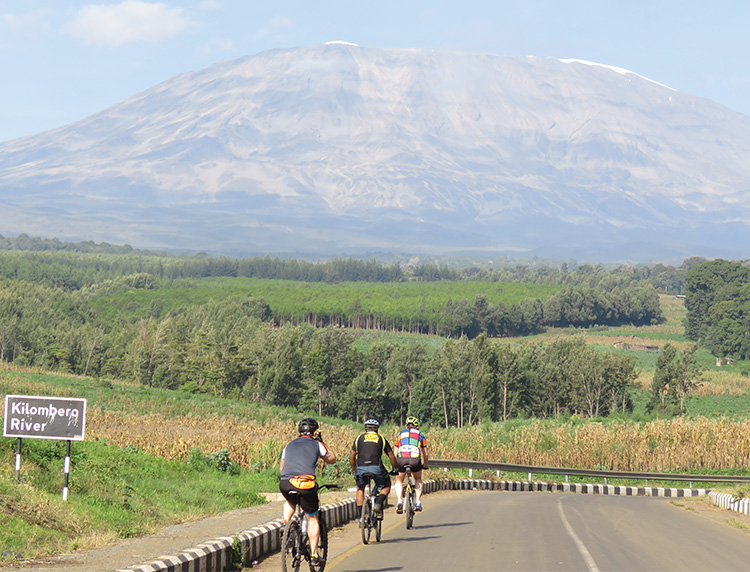 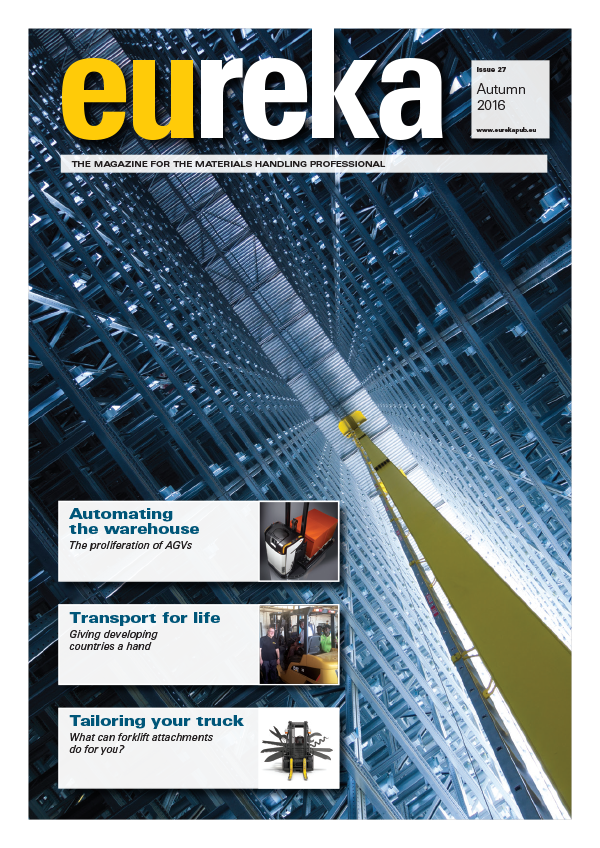 This article appeared in the 2016 Autumn edition of eureka magazine.

Save materials and fuel - for your business and the planet. Reducing waste isn’t always easy but it’s both environ… https://t.co/dqYCIrORBj

The latest issue of Eureka, the magazine for the materials handling professional, is out now. Visit:… https://t.co/ymFnTm7H3E